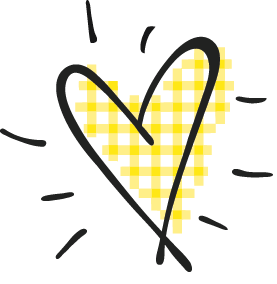 Mental illnesses are hard enough to diagnose without clear physical symptoms that doctors can observe, but bipolar disorder can be particularly tricky.

That may change with a new brain scan study, which suggests that magnetic resonance imaging (MRI) can tell the difference between bipolar and healthy individuals often enough to serve as an effective bipolar disorder test.

Studies have shown mothers who suffer from influenza during pregnancy quadruple the chances of their child developing Bipolar.

“Prospective mothers should take common sense preventive measures, such as getting flu shots prior to and in the early stages of pregnancy and avoiding contact with people who are symptomatic,” said Alan Brown of Columbia University and New York State Psychiatric Institute in a statement.

“In spite of public health recommendations, only a relatively small fraction of such women get immunized. The weight of evidence now suggests that benefits of the vaccine likely outweigh any possible risk to the mother or newborn.”

See the full article at Link between Bipolar and Flu.

Technology is advancing so fast and the price of it is rapidly declining such that there is a new company that has developed a pill bottle that has a cell phone built into it.

Medication compliance is a huge issue for those with bipolar disorder.  This type of technology will not force people to take their meds but will provide those with the desire to do so with one more tool to help them be compliant.

I tried two pill reminder apps and this one is by far the most promising but it needs work.  I like the graphic interface.  The problem came in entering my meds.  You can enter meds by scanning the barcode.  This would be a great feature if it worked.  I scanned my vitamins and supplements but it did not recognize them.  Error message read – Medication for the given barcode was not found.  I don’t take any prescribed meds – all that clean living pays off!!  I scanned my daughter’s Rx and it would not register either. I even scanned the barcode on the pharmacy paperwork and no luck.  Hopefully they will fix that in next version because being able to scan in meds makes it so much easier.

You can manually enter your meds and I did so.  They showed up as pills in my “pill box” and I schedule the times I am suppose to take them.  The app sends me a text message when the time comes asking if I have taken the meds and keeps reminding you via text until you take them.

Forget about getting ink tats, how about an e tat (electronic tattoo)?   What if an e tattoo could monitor your brain waves to detect your mood.  There may be slight variations in your mood that you do not even notice but may be detected by an e tattoo.  If you are moving into a down mood then you may want to plan ahead to schedule time with close friends.  Read more about this fascinating new technology at E Tattoos.

I have been a Fitbit user since they first came out over 4 years ago.  I love and swear by my Fitbit.  I have recommended it to more than hundred people over the years.  Everyone in my immediate family, including my wasbund, has one.

Easy to use and unobtrusive

Fitbit measures my steps, mileage, and floors climbed.  I wear mine on my bra.  Men typically wear it in their pocket.  It is unobtrusive and relatively handy.

I have an older version of the Fitbit – the Ultra. I sync my Ultra to my laptop via a separate device that I keep plugged into one of the USB ports.  It will sync whenever I am within 20 feet of the device.  The device is the charger as well.  I charge my Fitbit once a week or so using this device.   The Ultra fits into a hard plastic clip that works great until it broke after about one year’s use.  Now I clip the Fitbit directly to my bra.

My older daughter has the Zip, price $59.95, and it syncs to her iPad via a tiny device plugged (USB dongle) into the USB port.  The Zip uses a watch battery so does not need to be charged.  Battery lasts about 6 months.  The Zip, which comes in several appealing colors, is a little larger than a quarter and fits into a rubber clip.  See lime green one below.

The newest version is the One, which syncs to your iPhone 4S and 5.  Price is $99.95.  It also syncs via the USB dongle.  The charging device is separate.  It also has a plastic clip to hold the device.

My biggest complaint, and really only complaint, is that I have had to replace my Fitbits over the years because I have dropped them on tile floor and the housing cracked and then finally broke.  I only wear it on my bra so when the housing or clip breaks I am out of luck.  Having a separate clip is very helpful since it is very sturdy.  The new One only has the external clip.  My Ultra and earlier versions were in themselves clips.

Fitbit will measure your sleep if you wear it at night and set the button to record sleep time.  I do not set the sleep function but I can gauge the quality of my sleep by looking at the activity level on the screen the next morning.  A friend told me that after her husband tracked his sleep, using the sleep function, he thought something might be wrong since there was activity throughout the night.  He checked with his doctor and it was determined he had sleep apnea.  Over the years my friend had thought something was not quite right and had suggest, okay nagged, her husband to see a doctor about it but to no avail.  It took this device to get him to address his condition.

The Fitbit dashboard is easy to use.  I look at it a couple times a day, especially after a workout, to see how I am tracking to my daily goal of 10,000 steps.  I have tracked my food on occasion to get a sense of calories, fat, protein, sodium and fiber. A recently added feature is the ability to get dietary info on restaurant meals.  I wish the app allowed me to scan barcodes of food apps like MyFitnessPal and other apps do.  However, this minor issue is mitigated by the fact that I can scan food on MyFitnessPal and it syncs with Fitbit dashboard.

There is an app for your smartphone.  It has the basic info from the website – steps, floors climbed, calories burned, and how many calories I can eat.  But it is not as alluring as the website interface.

I love that the Fitbit works with other apps that track health and fitness data such as food and sleep.  As an example, I use MyFitnessPal and I can enter my food into either app and they sync those entries.  As of this posting, Fitbit works with 25 apps.

Bottom line – my Fitbit has changed my behavior.  I am aware of when I sit too long at my desk and I don’t want to have a pathetically low exercise day, which for me is <5,000 steps or about 2.5 miles.  So I am more motivated to get out for a walk or go to the gym.  And, of course, exercising clears my head and makes me more productive.  I am also motivated to park the car in one place and walk to do all my errands, park a few blocks from my appointments, and climb as many stairs as possible.  It is surprising how these seemingly little things can add up to a couple miles a day.

If you don’t measure it you can’t manage it!